Software versus Hardware – Who is King?

By Cabinets by Computer
Posted June 19, 2019
In Case Studies
Software versus Hardware – Who is King?2019-06-192019-12-16https://cabinetsbycomputer.com.au/wp-content/uploads/2015/04/cabinets_by_computer_footer_logo.pngCabinets by Computer | Kitchen Software Solutions https://cabinetsbycomputer.com.au/wp-content/uploads/2017/07/goCabinets_Software_Versus_Hardware_2015_04.jpg200px200px
0 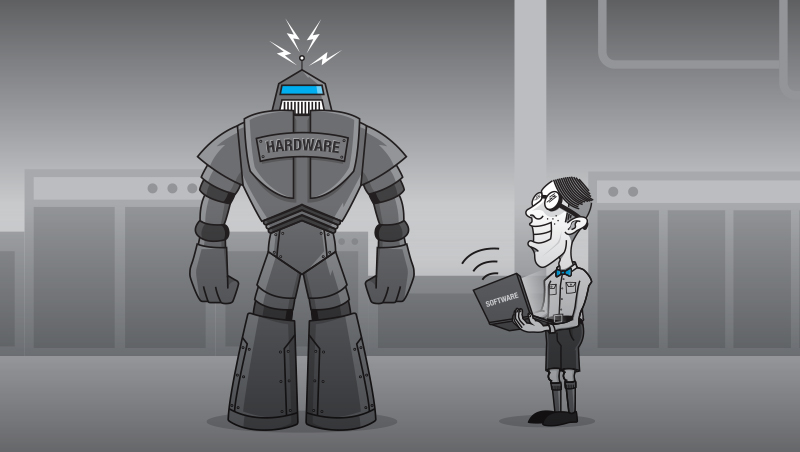 What do the following companies have in common? Facebook, Google, Instagram, Xero, Houzz, Pinterest, Linked In, Alibaba, Airbnb and Uber. They are all software. They do not have a product you can touch, their product is based on interaction through a computer, laptop, tablet or smartphone.

Why is this so significant?

All of these companies exist because of the internet. They have all used the internet and software to create a new idea which in nearly all cased changed how we live. Google is the oldest being founded in 1998, but became widely known in 2004 when it started to become the most popular search engine. Facebook was founded in 2004, Xero in 2006, Houzz in 2009, Instagram in 2010, Pinterest in 2010, Airbnb in 2008 and Uber in 2012.

Some amazing facts about these business include, Uber is the world’s largest taxi company but owns no vehicles. Facebook is the world’s most popular media owner but creates no content, Alibaba is the most valuable retailer but has no inventory and Airbnb the word’s largest accommodation provider owns no real estate.

What happens to the traditional industries?

Many of these industries adapt very quickly, they need to or they will cease to exist. Lets take a closer look at the Cabinet Making industry. Designers and Manufacturers cannot work effectively without both the hardware and the software that runs the hardware. But which is more important to the effectiveness of the business running productively? If a CNC Manufacturer spends $100,000 to $200,000 on equipment they would hope they would get many years worth of use before they would need to replace it. But does the machinery itself solve the problem? Or is it the software running the machine that solves the problem? Can software extend the life of machinery? These are all valuable questions which can all be answered with yes. Software however will have a greater impact on how the hardware will run effectively. Lets talk specifics with two examples.

Example 1: Business A uses software to run its hardware but is still required to hand input the cabinet measurements into the system. They are also required to manually layout the best scenario in which to get the most cabinet components out of each sheet. So Business A will achieved the desired result but could this system be improved? Yes absolutely.

Example 2: Business B uses software to run its hardware and also uses software to handle all their orders from clients. They have provided software to their client (FREE of charge) which both makes their and their clients job easier. Business B receives their orders via the software, the software then sends all this information to the CNC software which orientates the cabinet components to the best cutting scenario. Without much or any human input the process is completed saving many hours of labour. This is not a made up scenario, this system is being used in Australia right now. goCabinets works seamlessly with WoodCam to achieve this very result.

Gary Cannard from Cabinets by Computer often questions businesses who spend $100,000 to $200,000 on machinery only to use sub standard or outdated software to run it. “It doesn’t make sense to have a great piece of machinery being run by software which is deficient. It’s like putting an engine form a small hatchback car into a truck, it is just not going to perform to its potential.”

“We want cabinet making businesses to see where the true value of their machinery is, the hardware is important but the software is the brain that runs it.”

Gary would recommend, “Cabinet Makers need to choose the software first then match the most appropriate machinery to the software, great software can extend the life of machinery significantly.”

The cabinet making industry has thousands of years of tradition, but thankfully we have many smart businesses in Australia merging software technology into their manufacturing. So what would stop a Cabinet Maker in Australia from using software to improve their business? The answer it would seem is ‘habit’. While there will always be projects which require the traditional knowledge, if history teaches us anything, it is if you don’t keep an eye on technology, then you may be planning for failure while you watch the whole world pass you by.

Discuss your software options with one of our Cabinets by Computer consultants today. 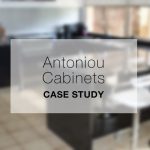 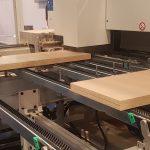 Automation In Our LivesCase Studies