Final Word: The Outcome of Implementing Board Storage | CADCode and Flexstore

Ben Fatchen from Cabinet Systems & Darrel Aldridge from SCM Group Australia talk about the implementation of the SCM Flexstore, along with inventory storage software by Cabinets by Computer.

In this episode, we explore the benefits of automated material retrieval in reducing downtime, labour input and increasing yields through being able to use multiple sheet sizes over one batch.

From where Ben was back at the old factory to now, we are
lightyears ahead. From moving to here and putting in the system it’s reduced
stress, it’s made everyone’s life a lot easier, the product coming off the
machines is fantastic, the quality of the doors they produce is second to none.
We had an instance, I think it was within the first week of having the machine
where we had about twelve tonne of board material come in and we put away 240
odd sheets into the storage system and we still managed to cut about 65 sheets
with the same amount of staff that we had prior to that.

With the Flexstore system, the integrated cell, I’d
highly recommend that system – it’s the way forward. The days of having
multiple CNC’s just to get the volume out the door is irrelevant, materials
handling is just a huge thing, and flexibility in production, and the Flexstore
system gives us both of those things.

It’s not just a stacking machine, it does a hell of a lot
for your business and you don’t have to be a massive customer; 50-60 sheets a
day and you’re in front. It’s the way of the future, its going to be the next
revolution in manufacturing around Australia.

To see the SCM Group change from the Gabbett Machinery
into the company owned SCM Group brand, we’ve still got the same support we had
prior to that. We’ve got a face to speak to, being Daryl, we don’t sort of get
lost in the mix, it’s good to have that service.

It was a big leap of faith for us, in both SCM and Cabinets
by Computer, we put a lot of trust in both companies to guide us through the
process. This technology was a major investment for us. Everyone made a major
contribution in making sure it would work for us and I think that is testament
to the way that they conduct their business.

The improvements that we’ve been able to gain by
implementing the machinery that we’ve installed and relocation to another
factory has made a massive difference to our production flow. The technology
that we’ve invested into in both the machinery and the software really sets us
up for another good 10 years. I think it’s a really good position for our business
to be in. 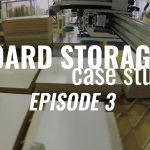 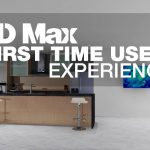